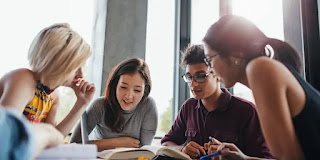 Foreign students will soon be allowed to apply for permanent residence once they have graduated from a South African university, Home Affairs Minister Malusi Gigaba said on Friday.

Introducing his budget vote debate in an extended public committee of the National Assembly, Mr Gigaba said international students constituted a key segment that is prioritised by governments globally, because of the economic and social benefits they offer host countries in terms of adding to the skills base, and contributing positively to society more broadly.

“The first of these initiatives, to be formally launched in the coming weeks, is a special exemption to allow graduate international students in critical skills areas to qualify for permanent residence permits upon graduation.

“This measure is to ensure that SA benefits from all of the skills produced by its universities, and to make it easier for international students who want to work or start business in SA after graduation to do so,” Mr Gigaba said.

He explained that in terms of the new white paper being developed, issues of the integration of immigrants in South African society will receive prominent attention.

Mr Gigaba also said that steady progress was being made in modernising and digitising the Department of Home Affairs in order to transfer service delivery concerns from the client to the department.

“The live capture system, which supports the Smart ID Card and the passport, offers South Africans a glimpse into the future of Home Affairs.